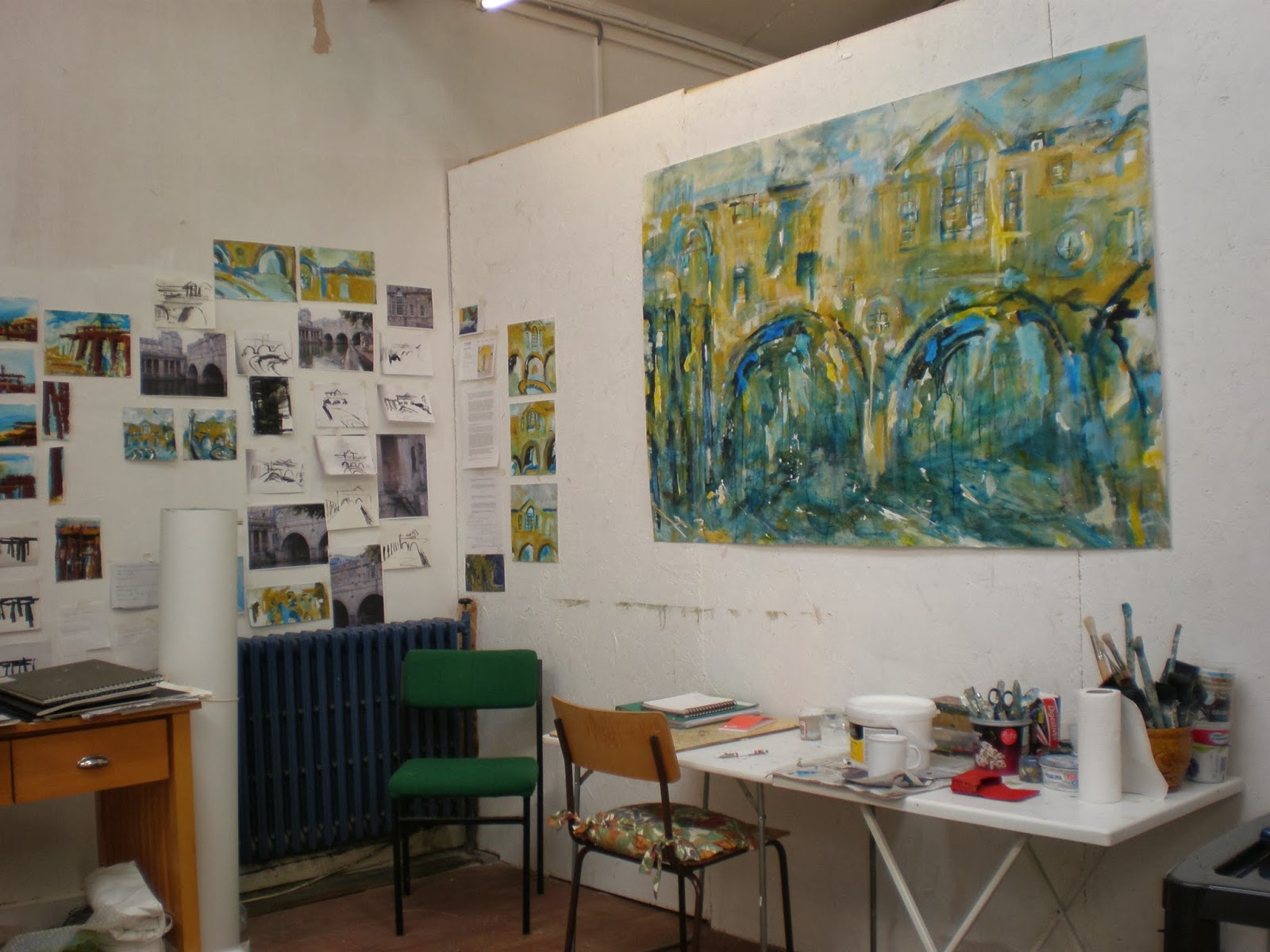 This is a view of my studio at 44AD whilst I was working on a recent commission for a painting of the Orwell Bridge.

My process of working involved creating a series of paintings on stretched and primed Fabriano paper.  The scale of the work increased as the process developed. 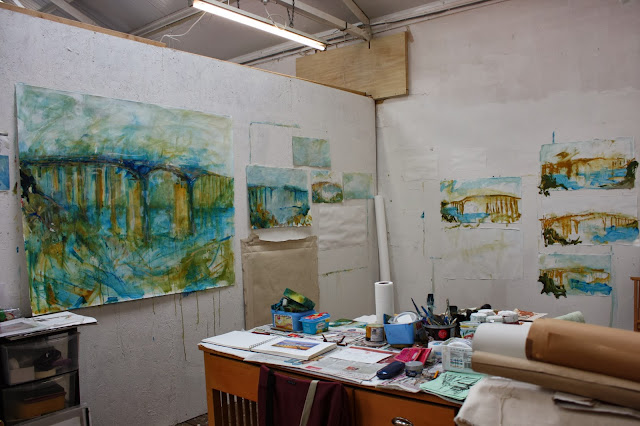 The work taking place in my studio at the start of the new year is exploring a series of drawings I made  on site at Bixby Creek Bridge, Big Sur, California in 2013. 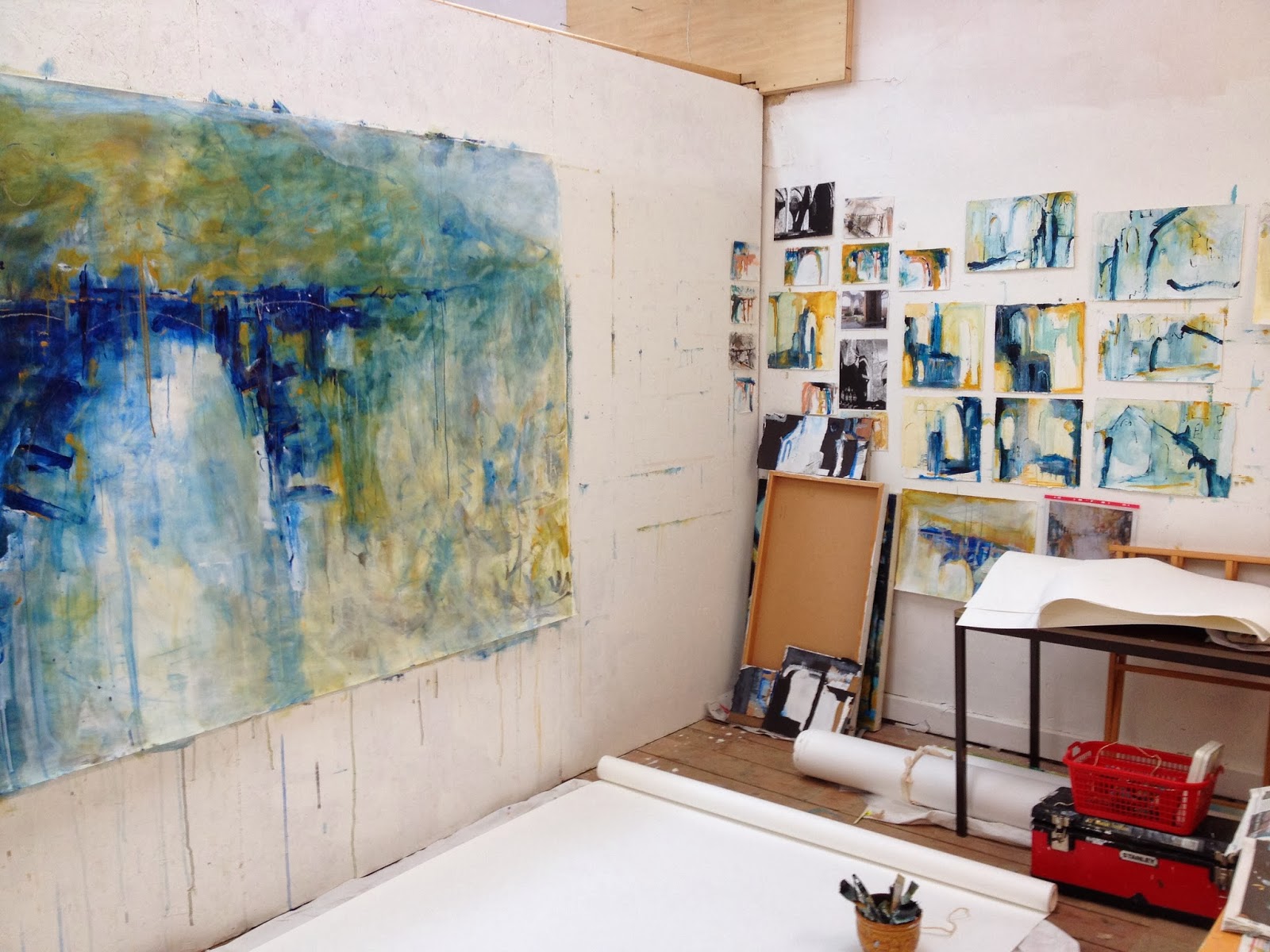 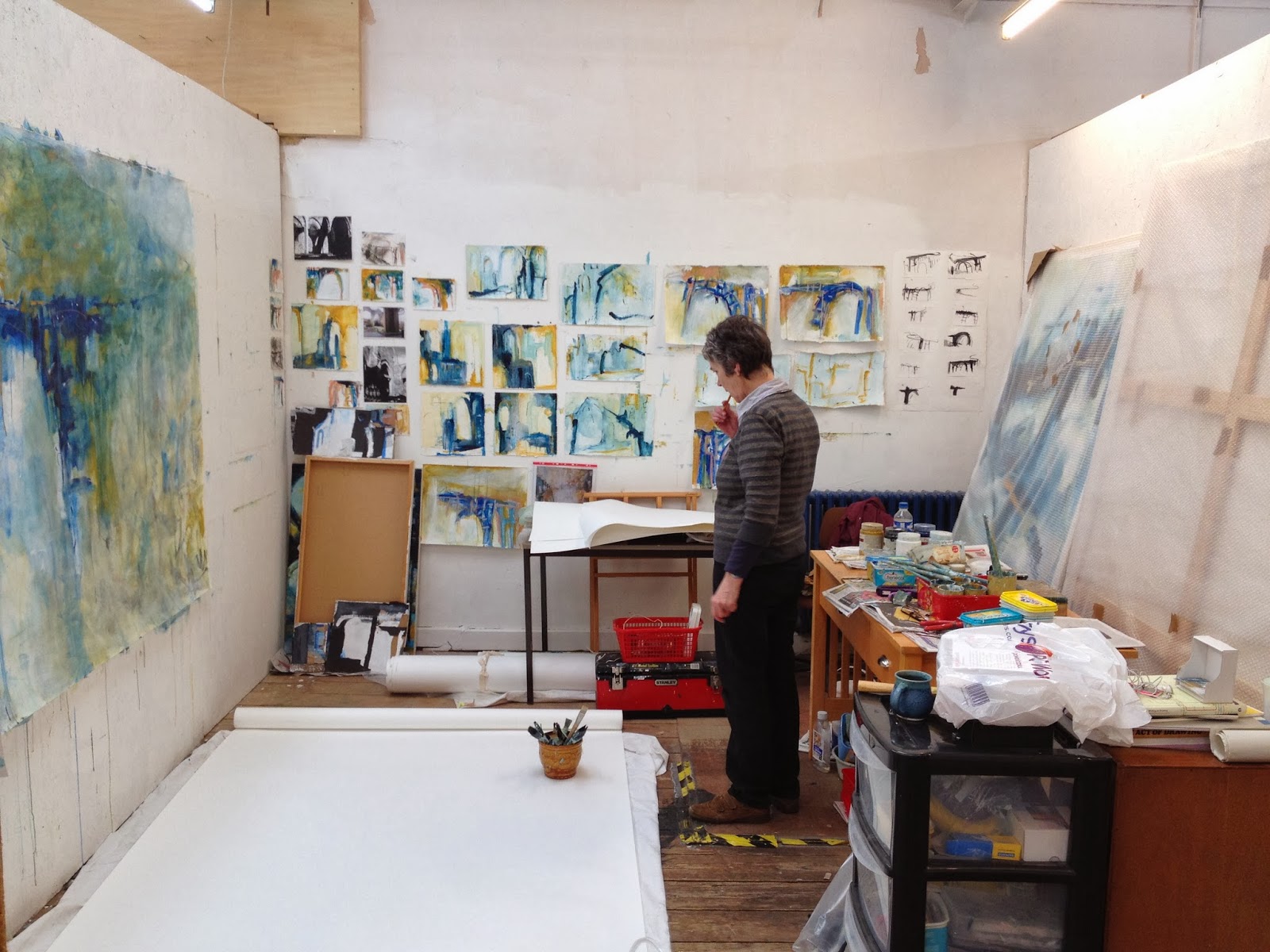 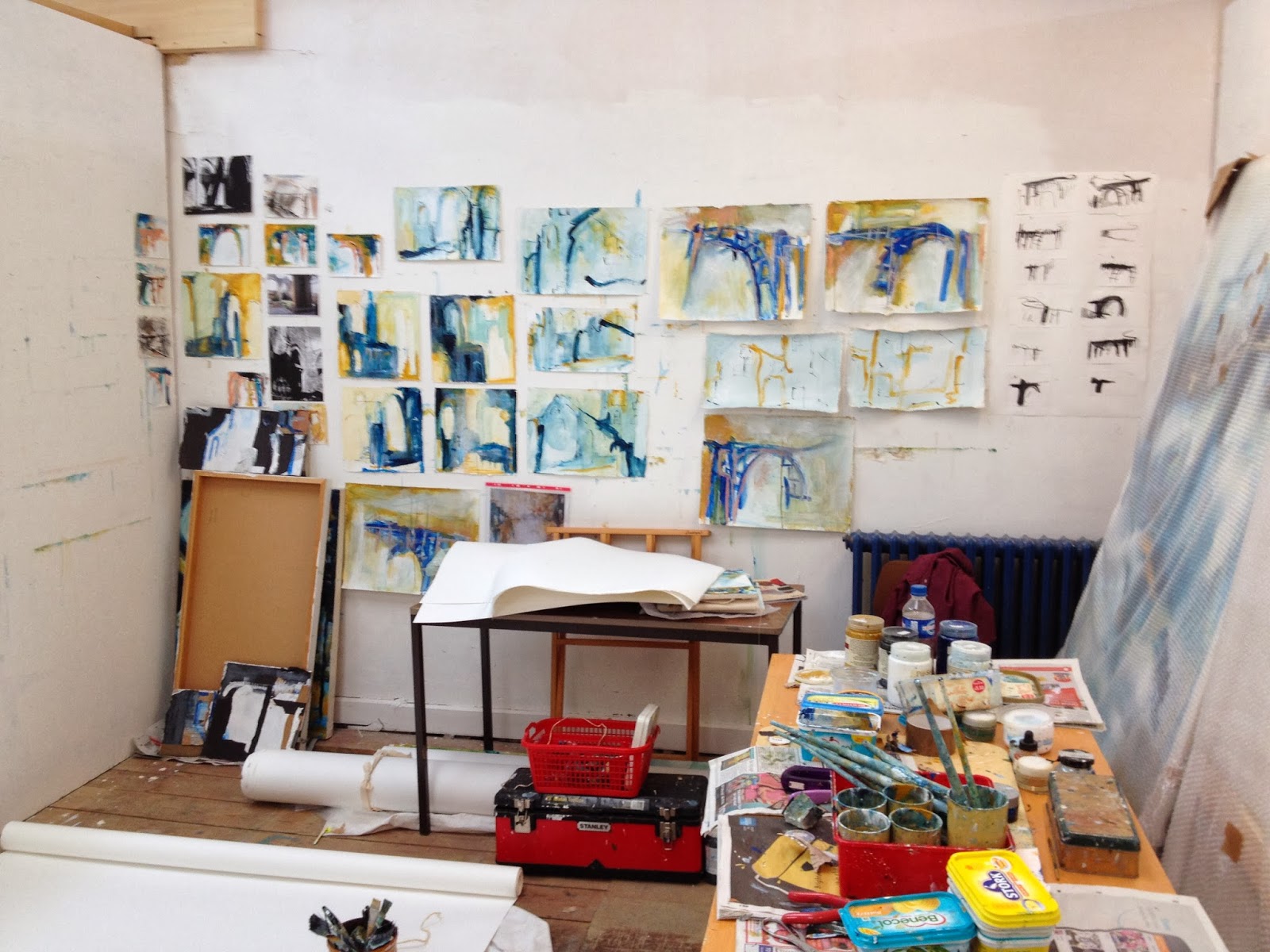 The work below show my continued exploration of the subject of bridging, its place in the landscape both its significance and insignificance.

These six small scale paintings are in progress and show me using mark making to record my response to the bridge, and the energy and responsibility of the bridge itself as an architectural means of connection in the landscape. 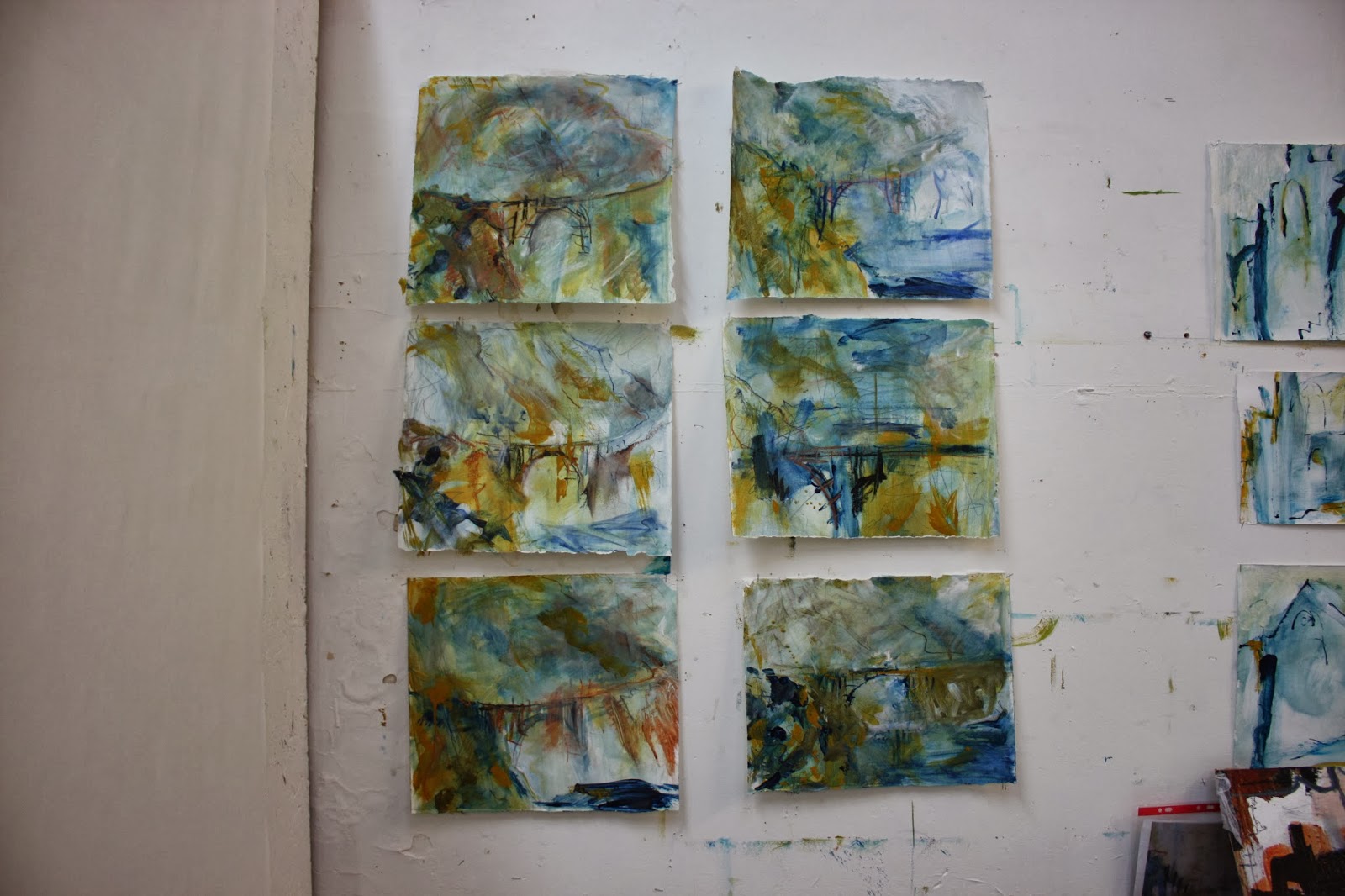 The two paintings below were worked on side by side and allowed a dialogue to take place between the two.  This encouraged each to inform the other, hopefully to the benefit of both. 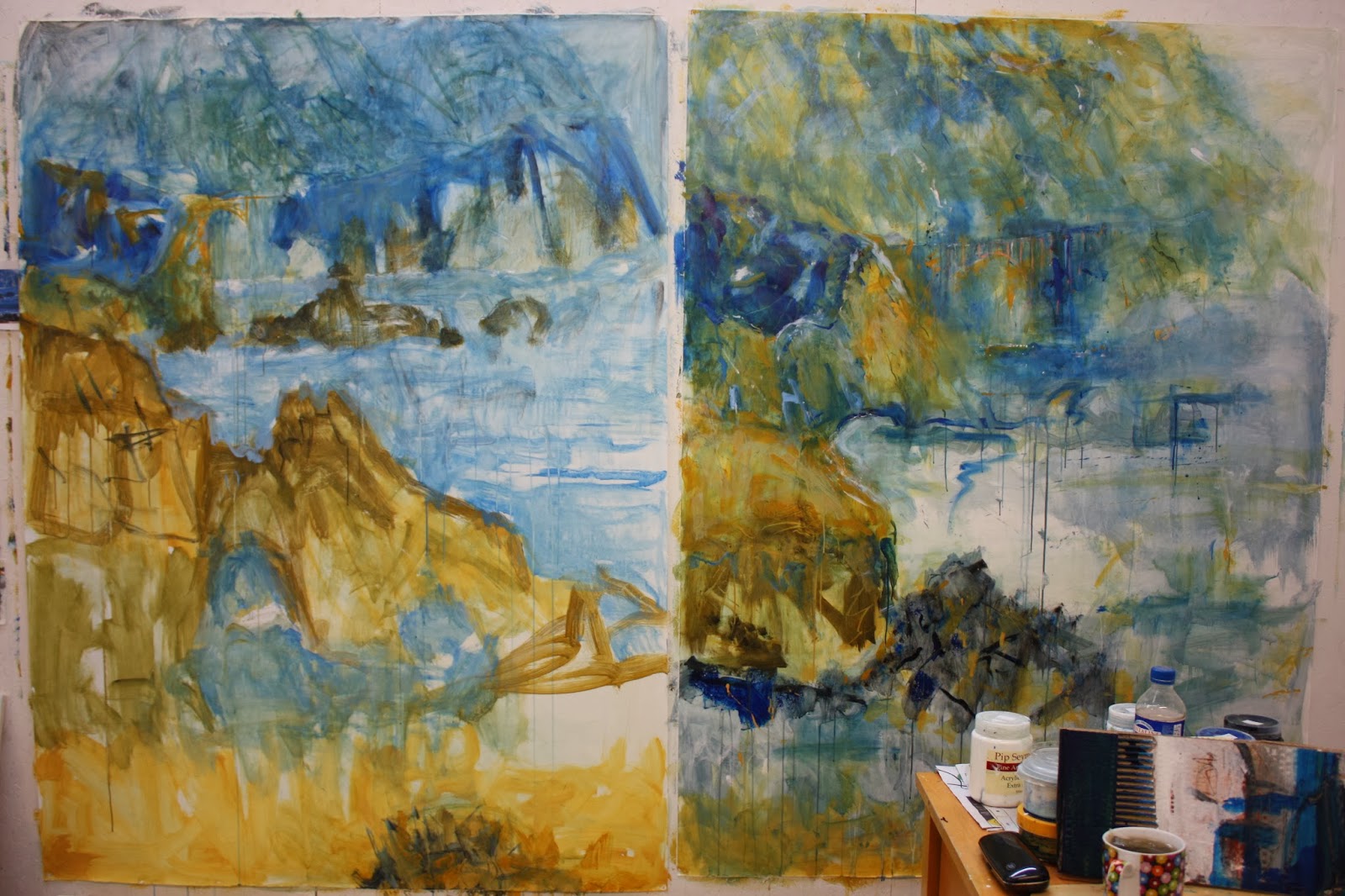 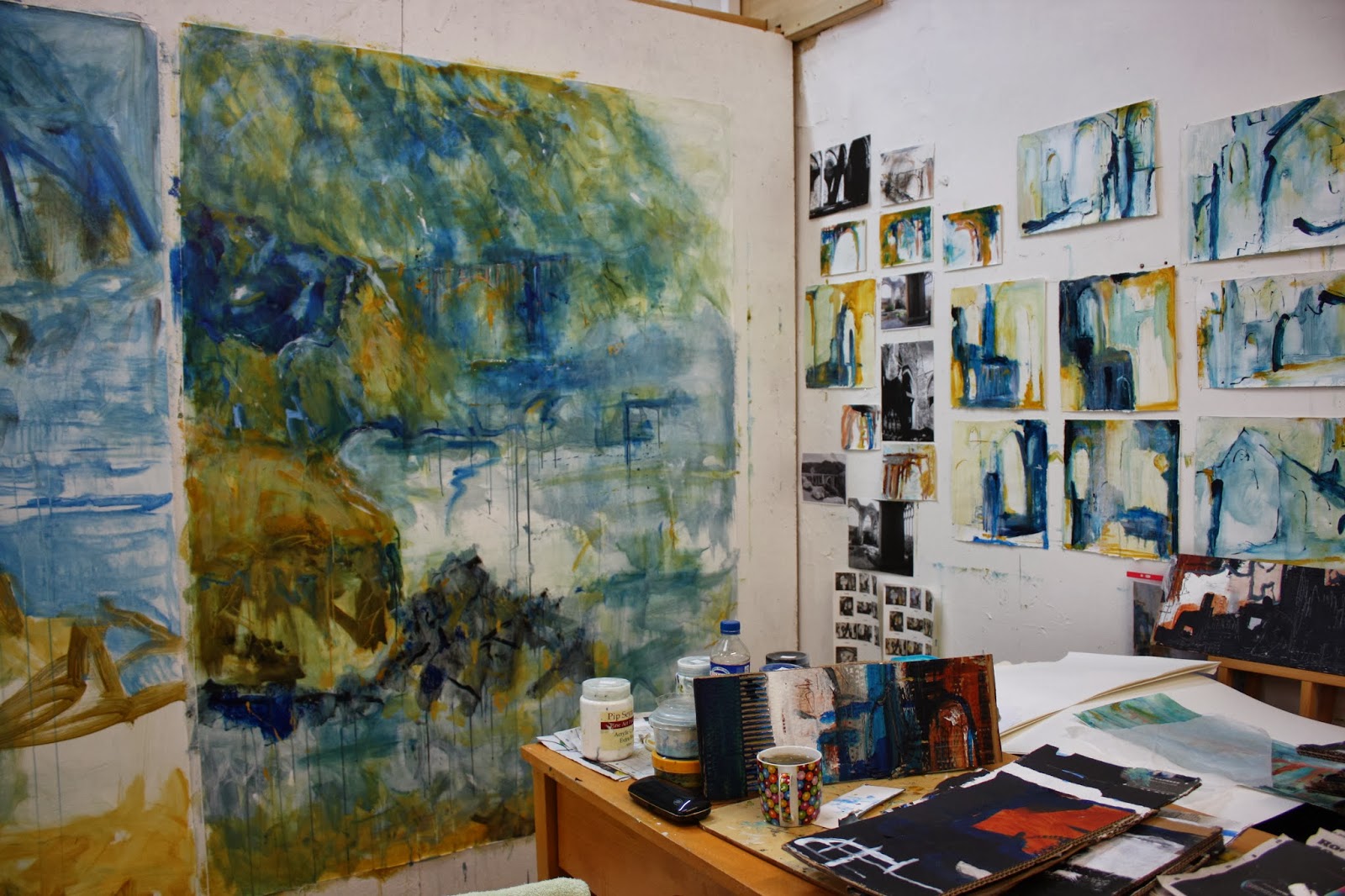 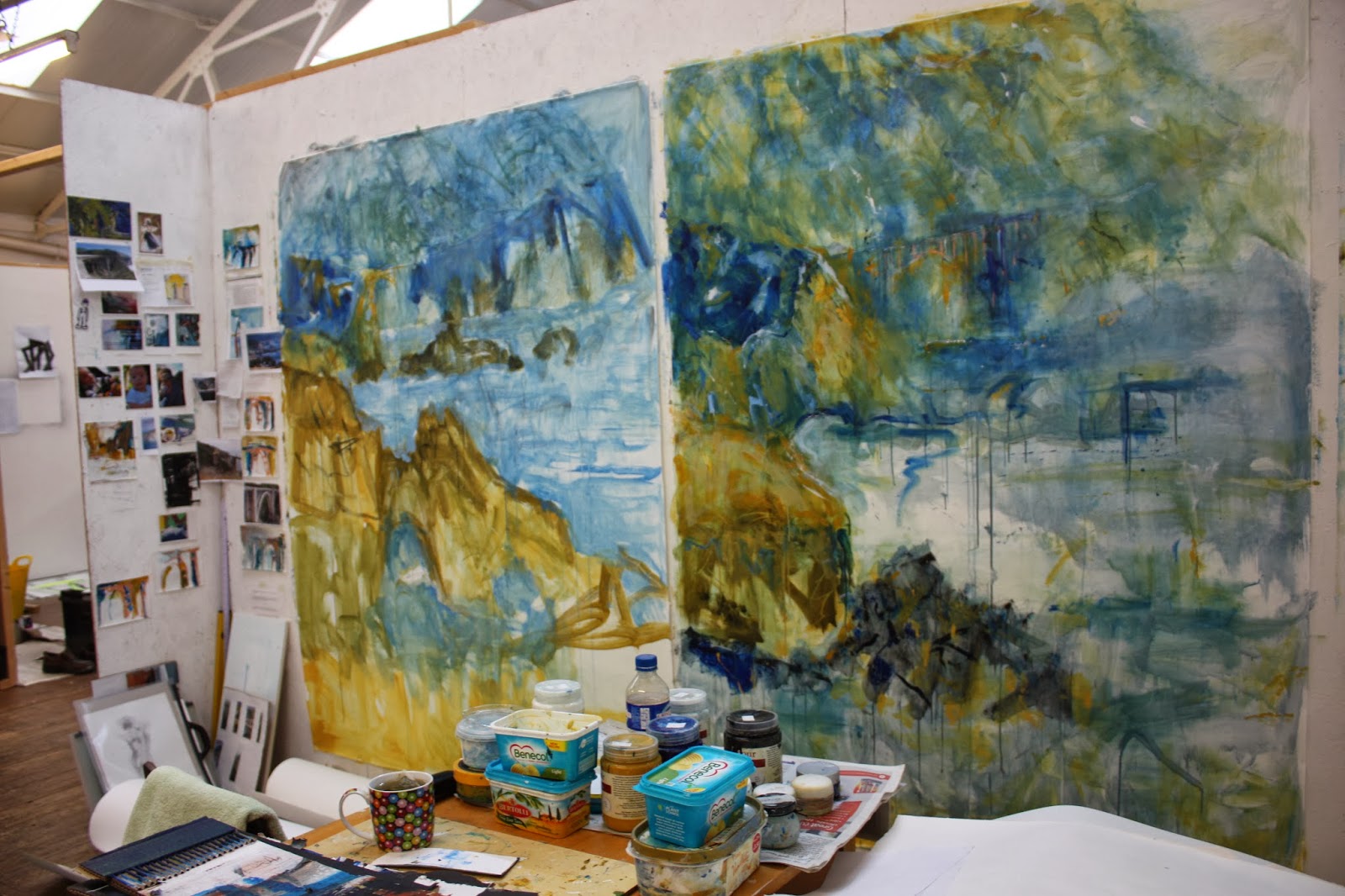 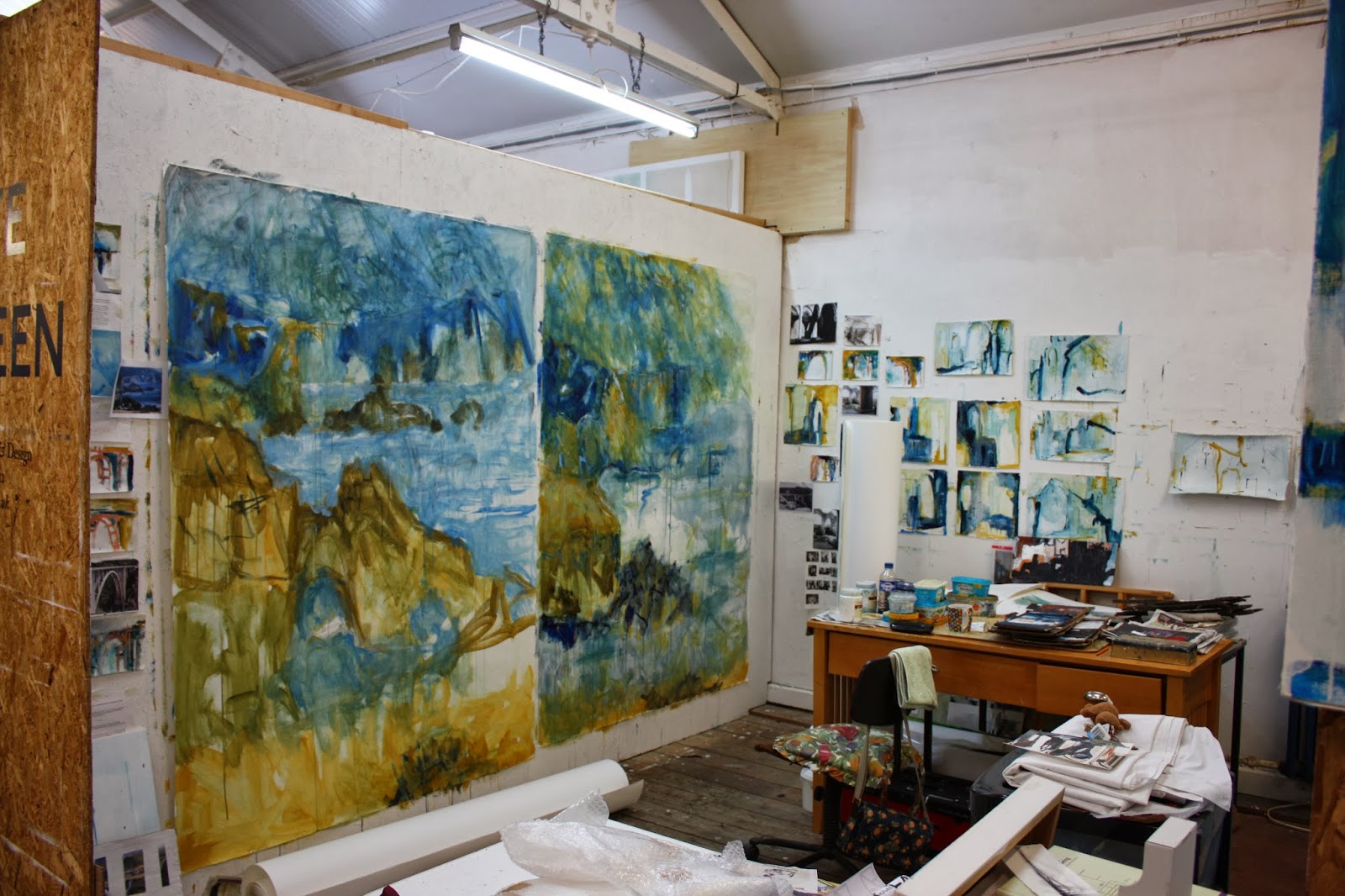 The image below shows a detail of the painting of Clifton Suspension Bridge.

The full size painting was carried out when the paper was on the studio wall where it was hand stretched and primed twice with an acrylic primer. 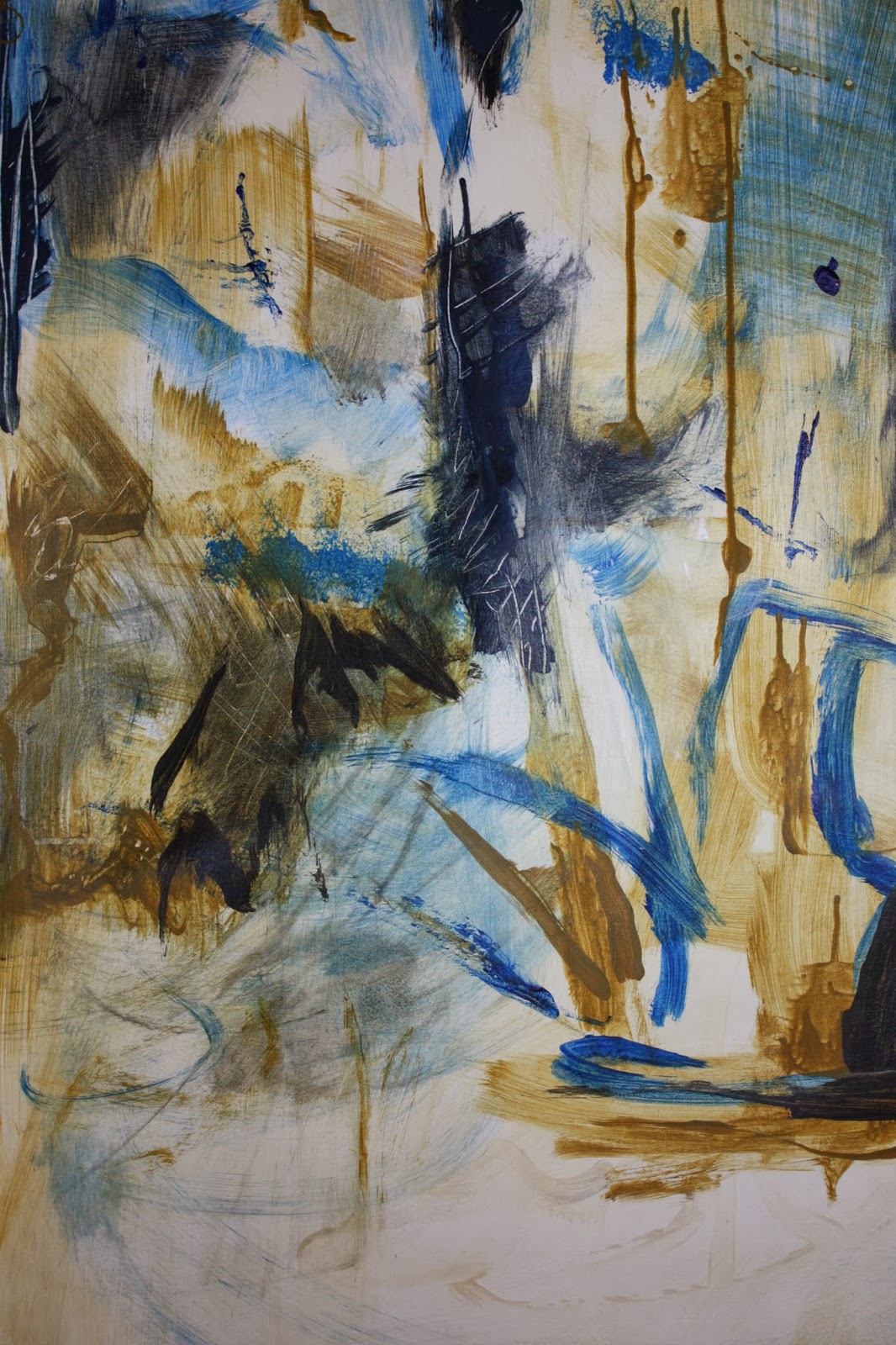 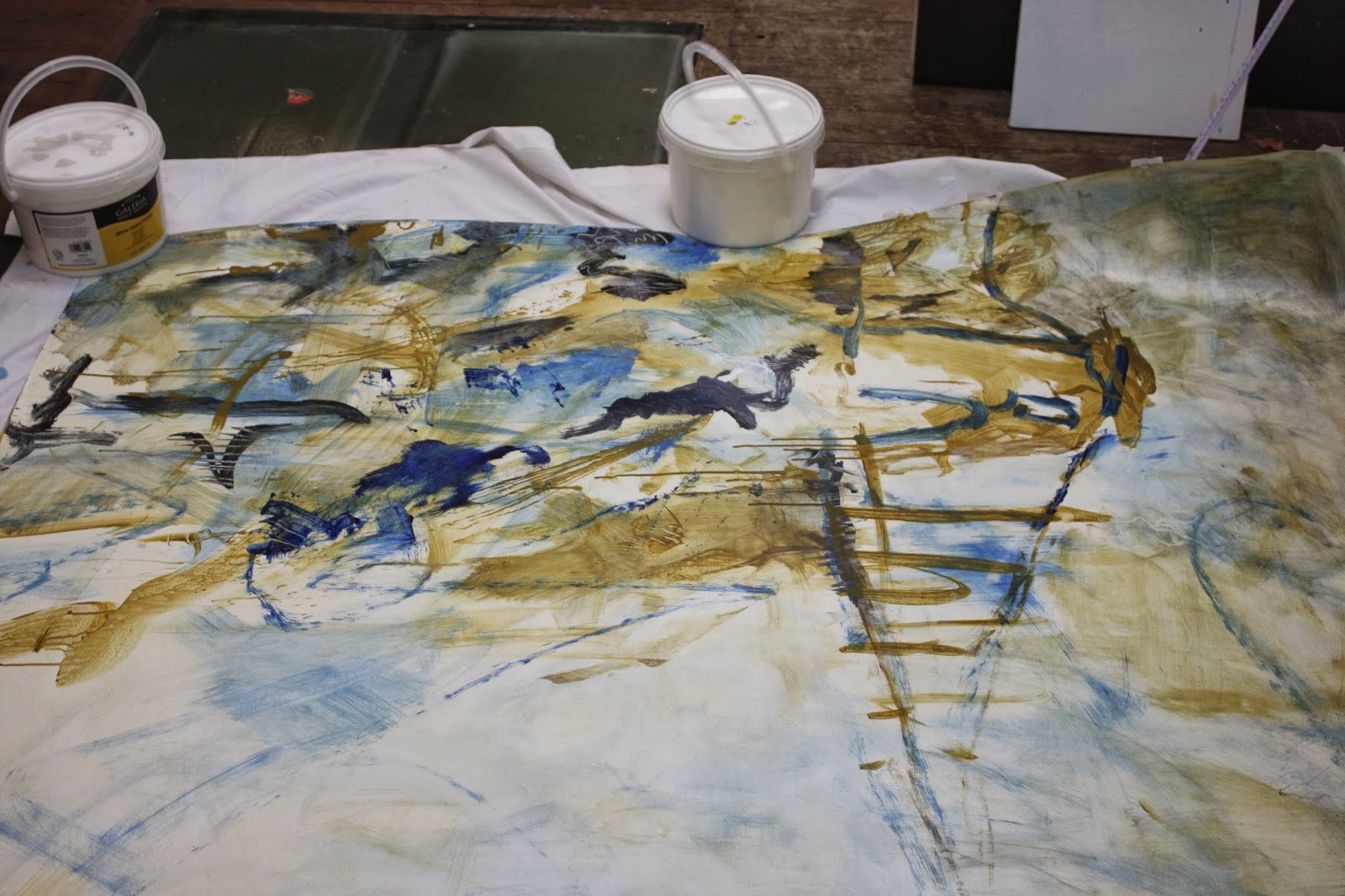 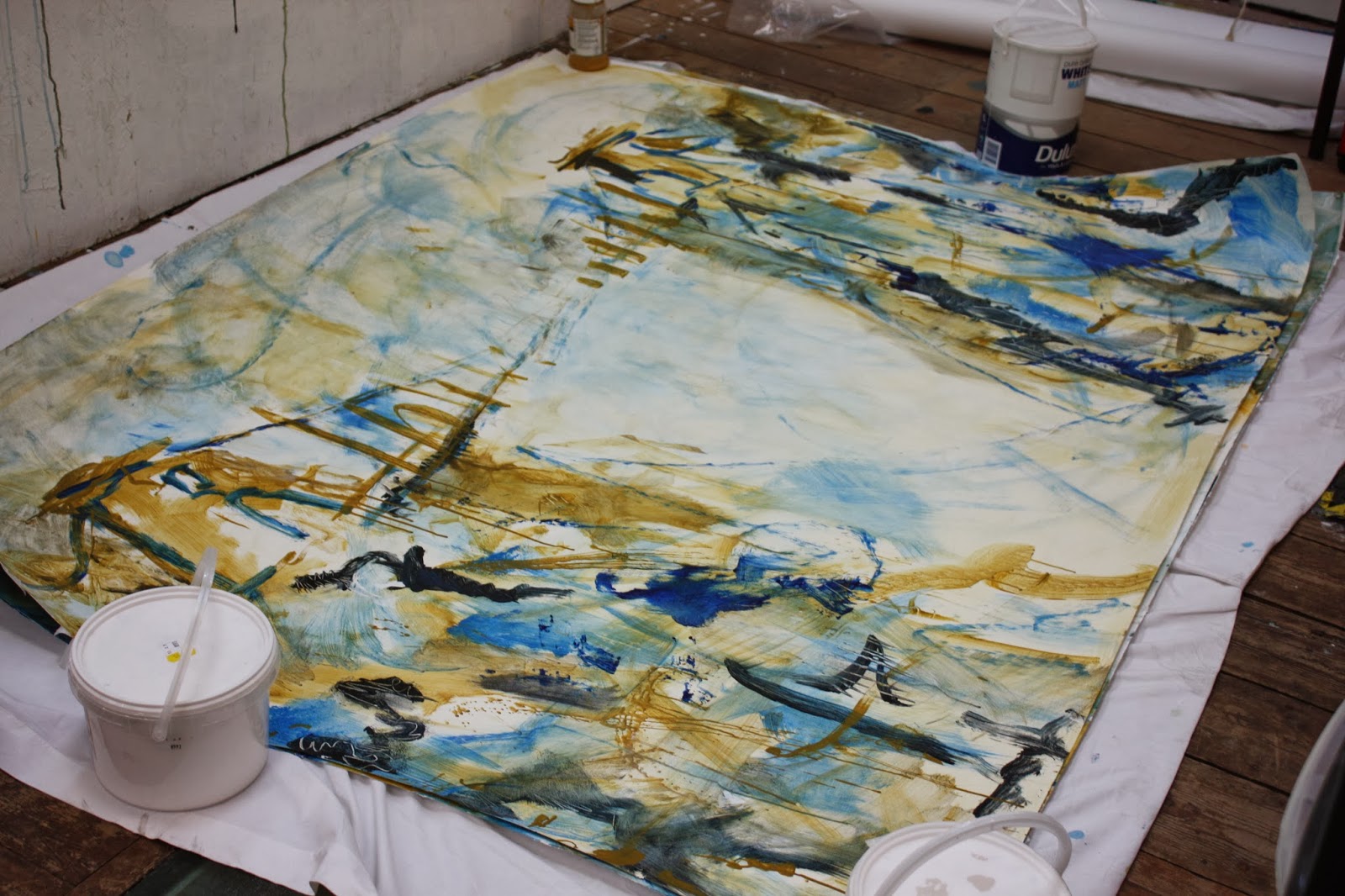