Work initiated by drawings made in Bristol 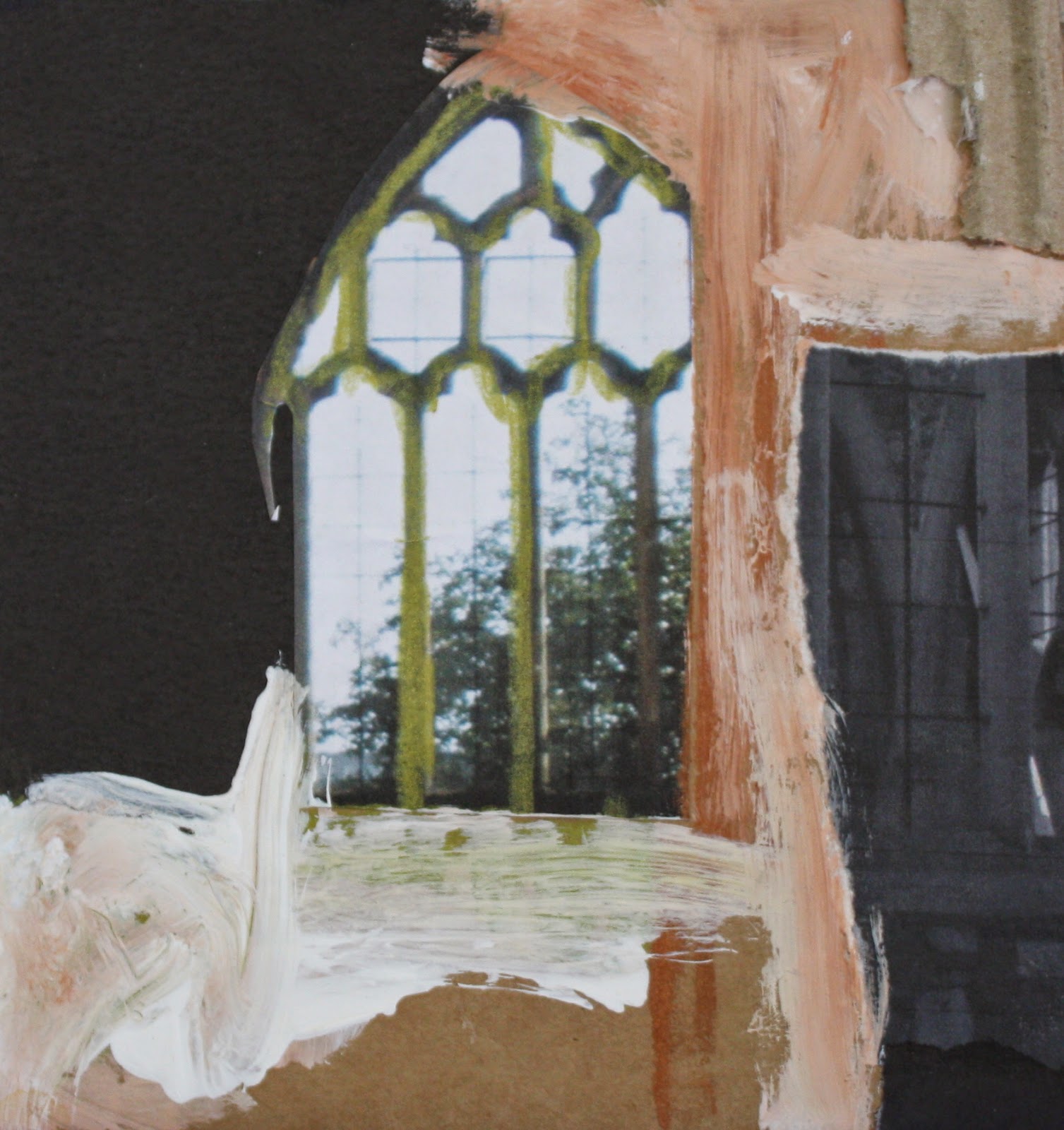 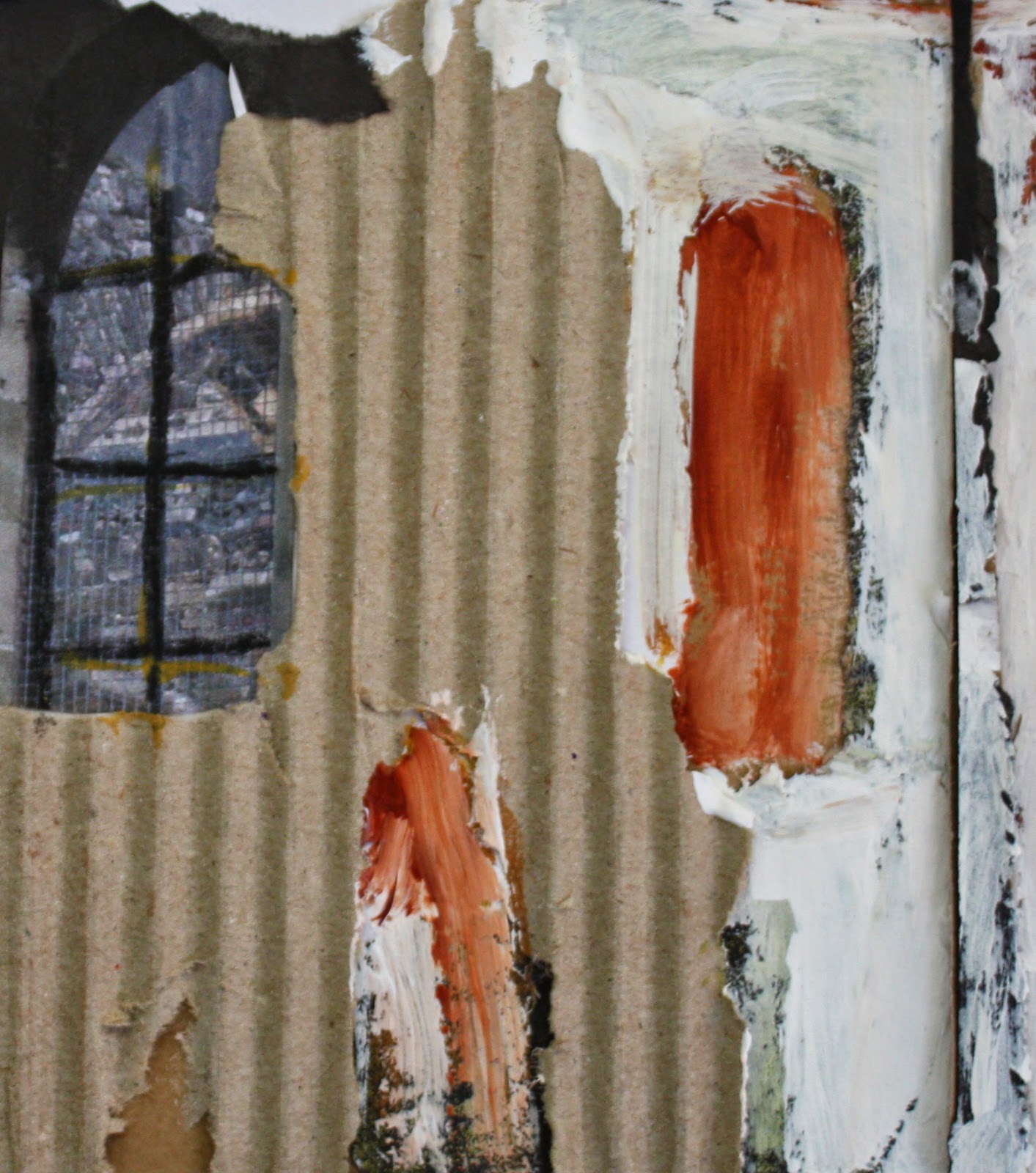 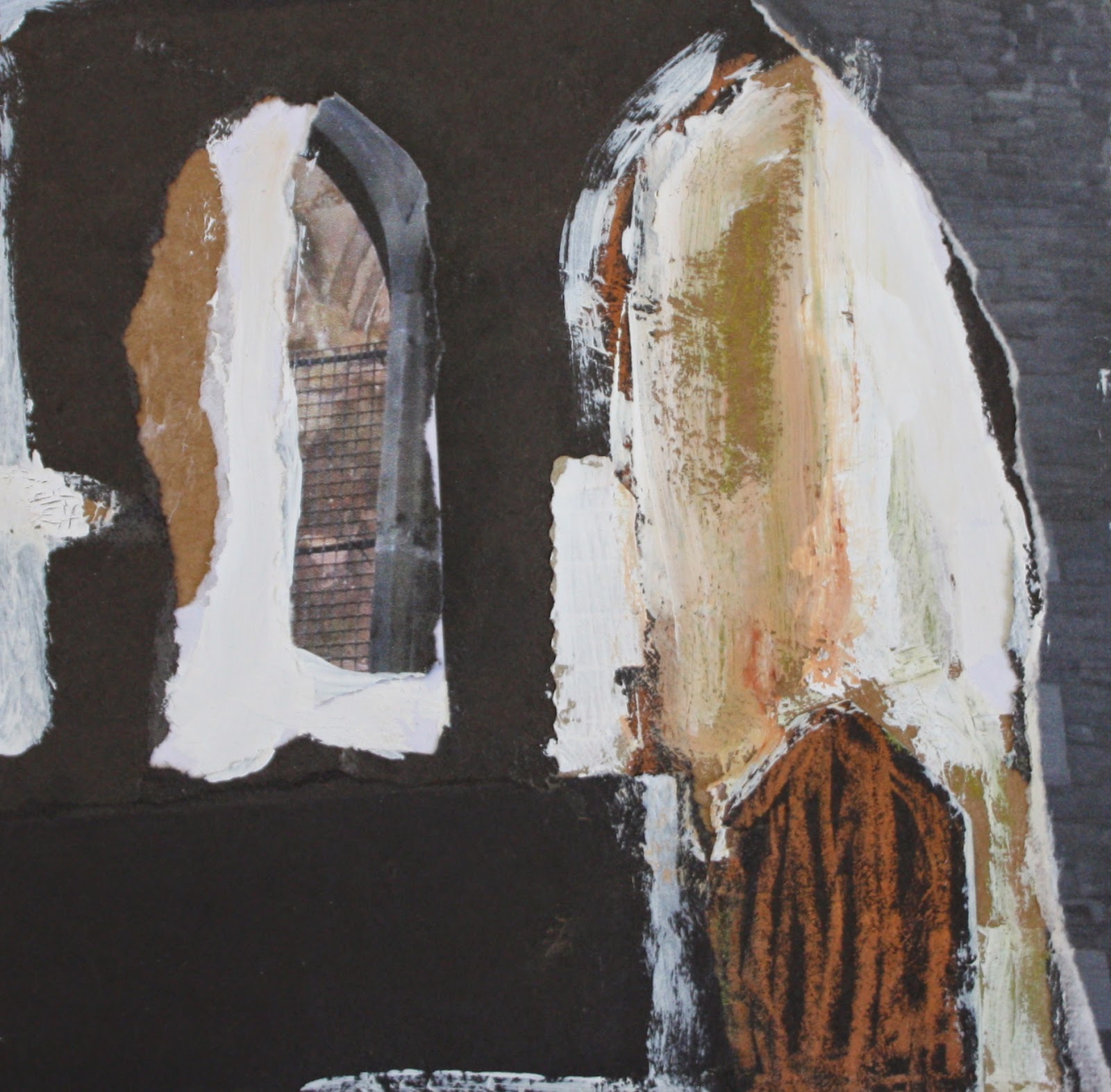 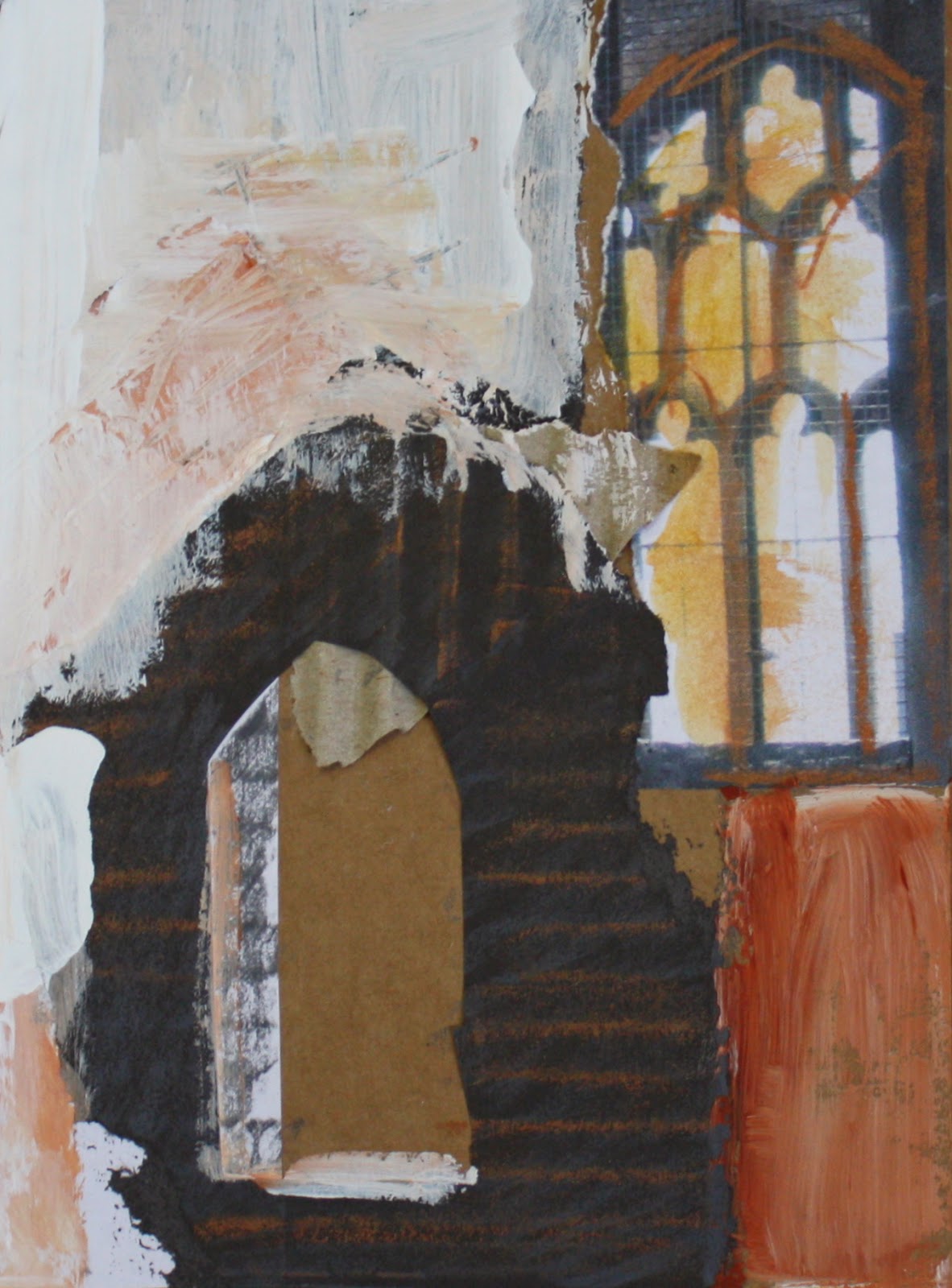 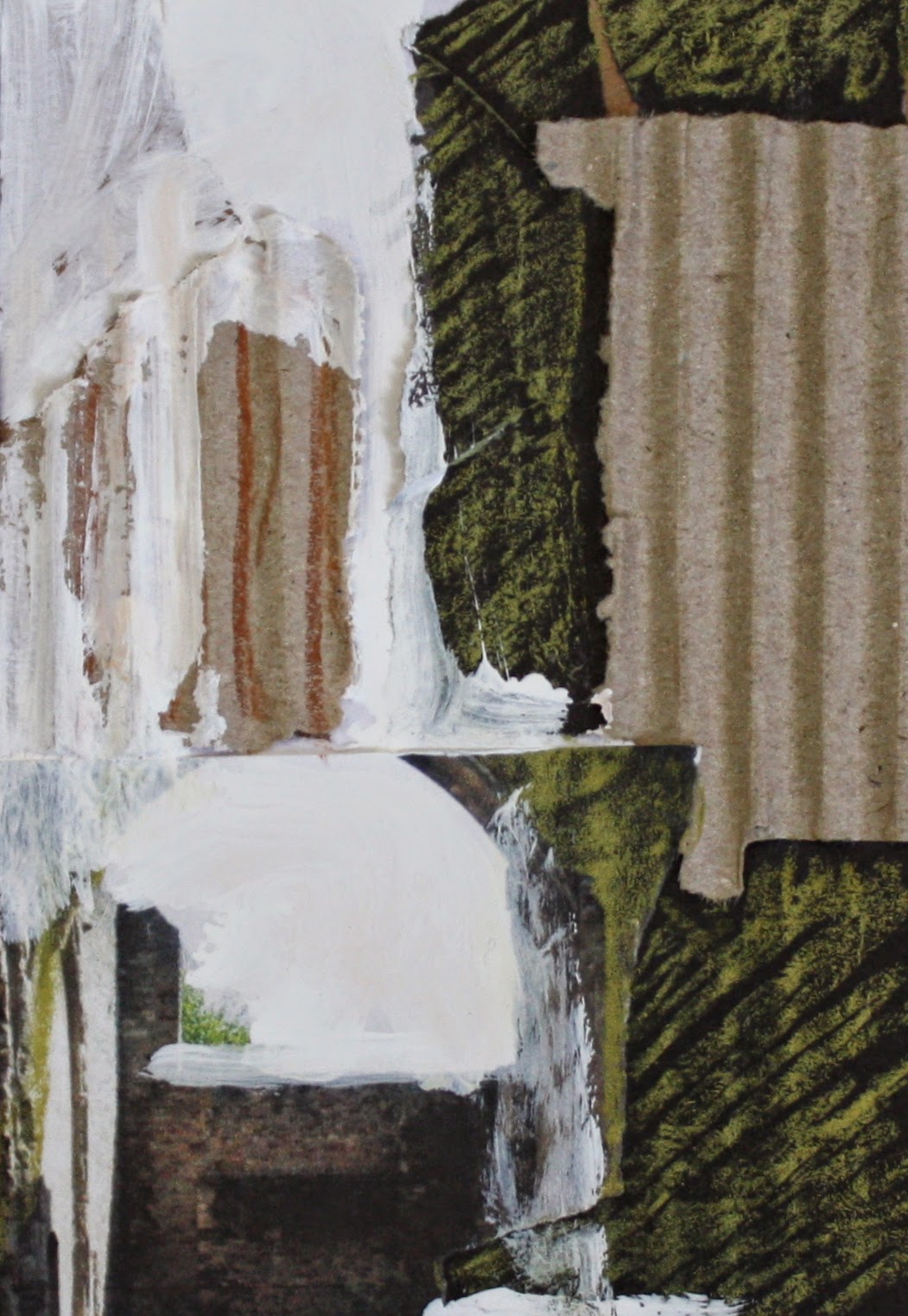 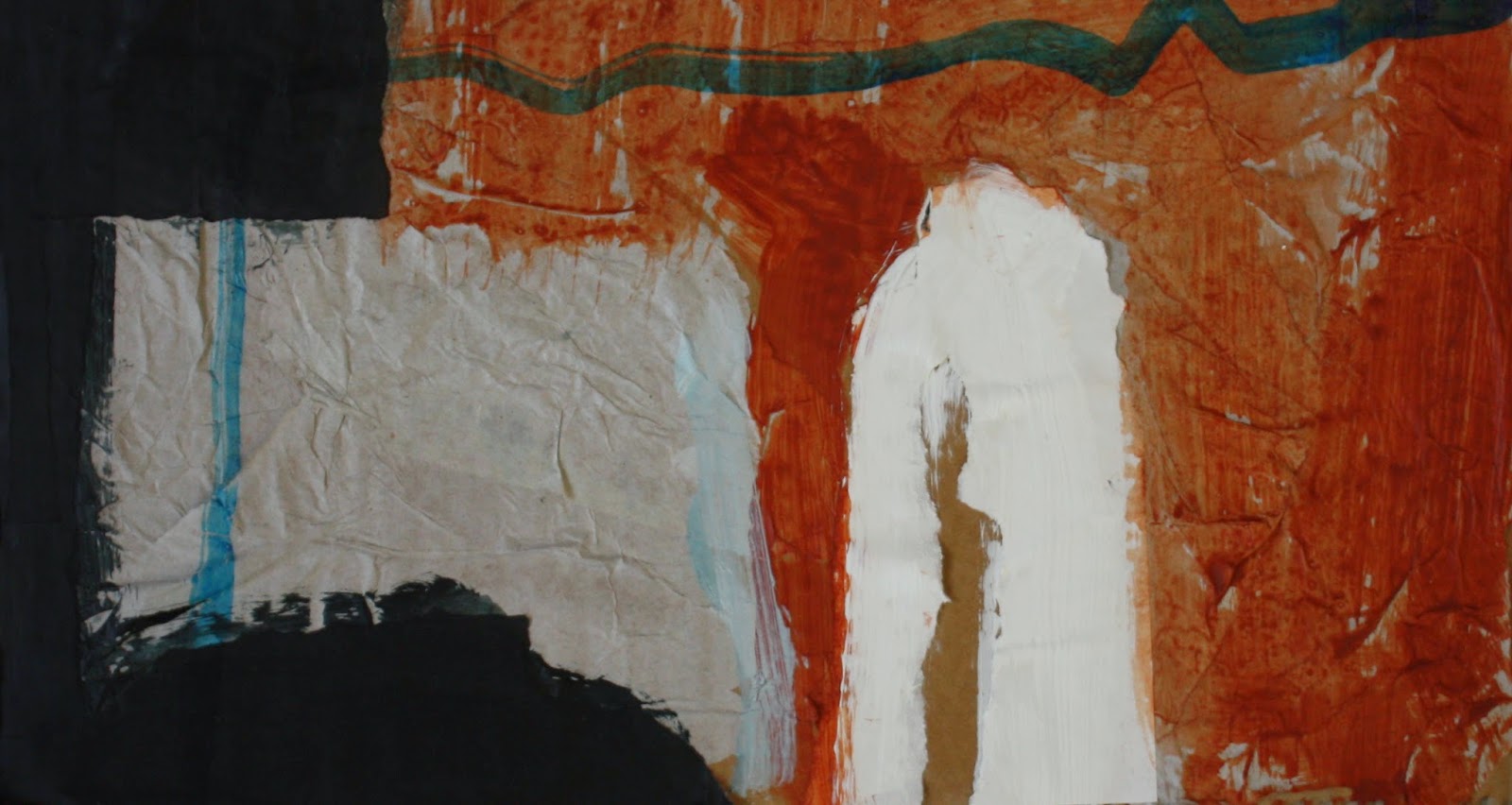 Work resulting from the collages

The painting below has been developed from the series of collages and is concerned with a balance between size of mark making, space and tonal values. I Through a process of emphasis and disappearance, I investigate the structures by referencing remaining fragments.

By painting and overpainting, I’m questioning the fragility of fragments whilst investigating their role within the damaged architecture. 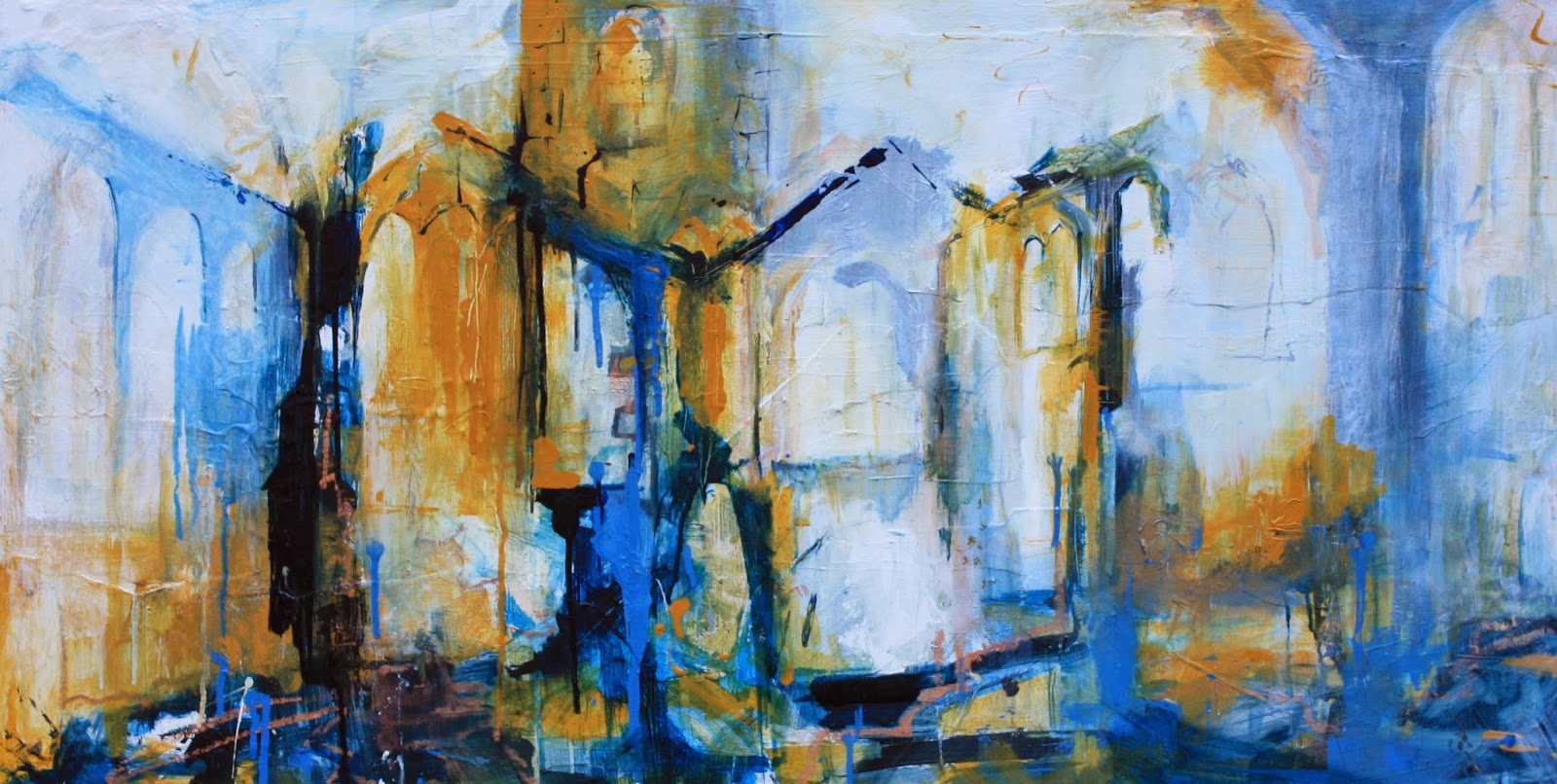 Acrylic paint on board

Interestingly, the making of this painting has progressed slowly and so has been more influenced by other work.  I was concerned to maintain the balance of space and detail.  Therefore I almost subconsciously slowed down the progress of its making, allowing it to sit or hang in the studio as other paintings on canvas, board or paper continued to be made around it. 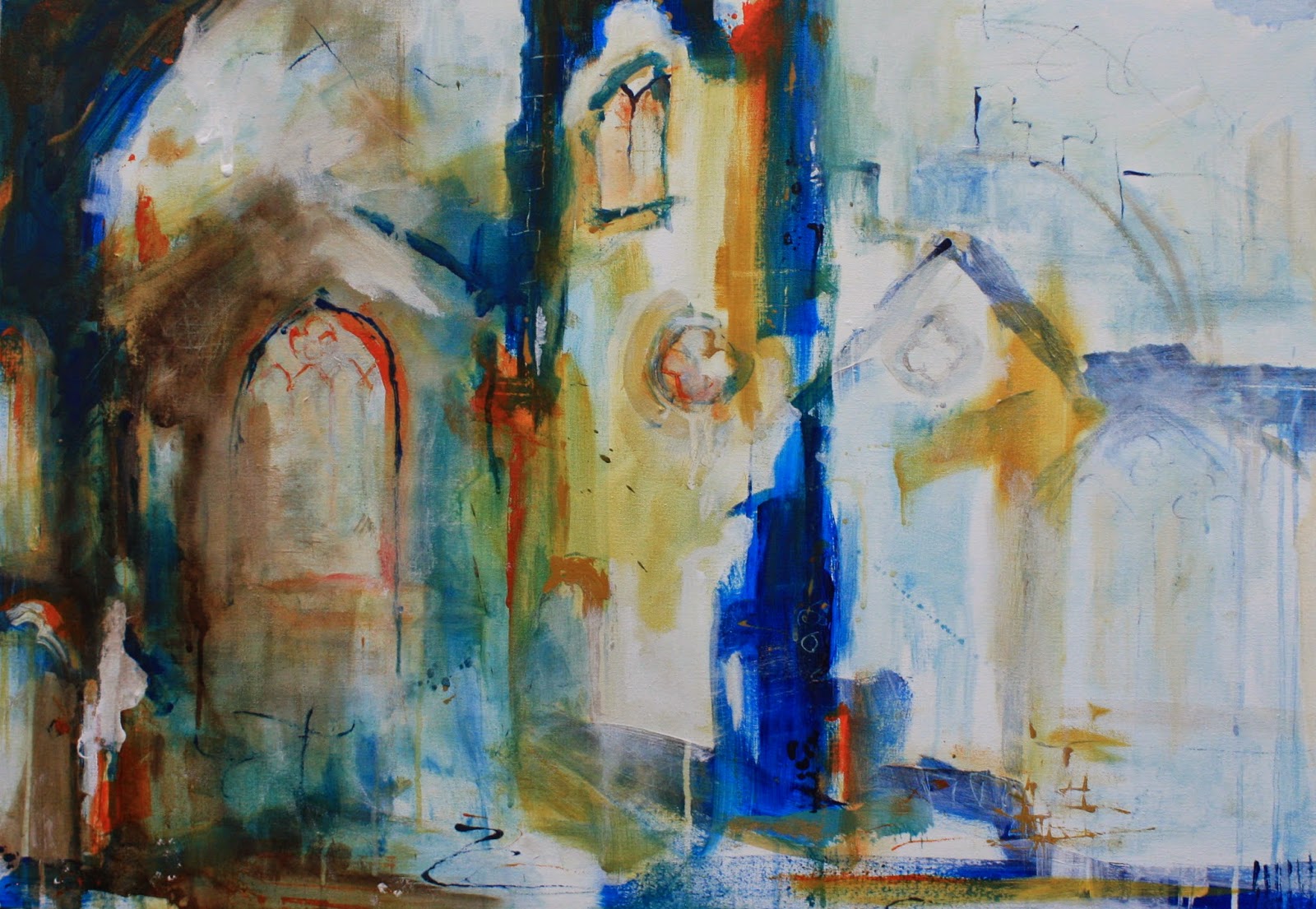 I have been enjoying working with larger scale paper again.  This work has been made by stretching Fabriano paper straight onto the wall and then applying two coats of acrylic primer.  I prepared two surfaces at the same time as I think the working process is encouraged by having several paintings developing together.  In this instance the two pieces have seemingly joined and become one as they progressed, although they also retain their autonomy. 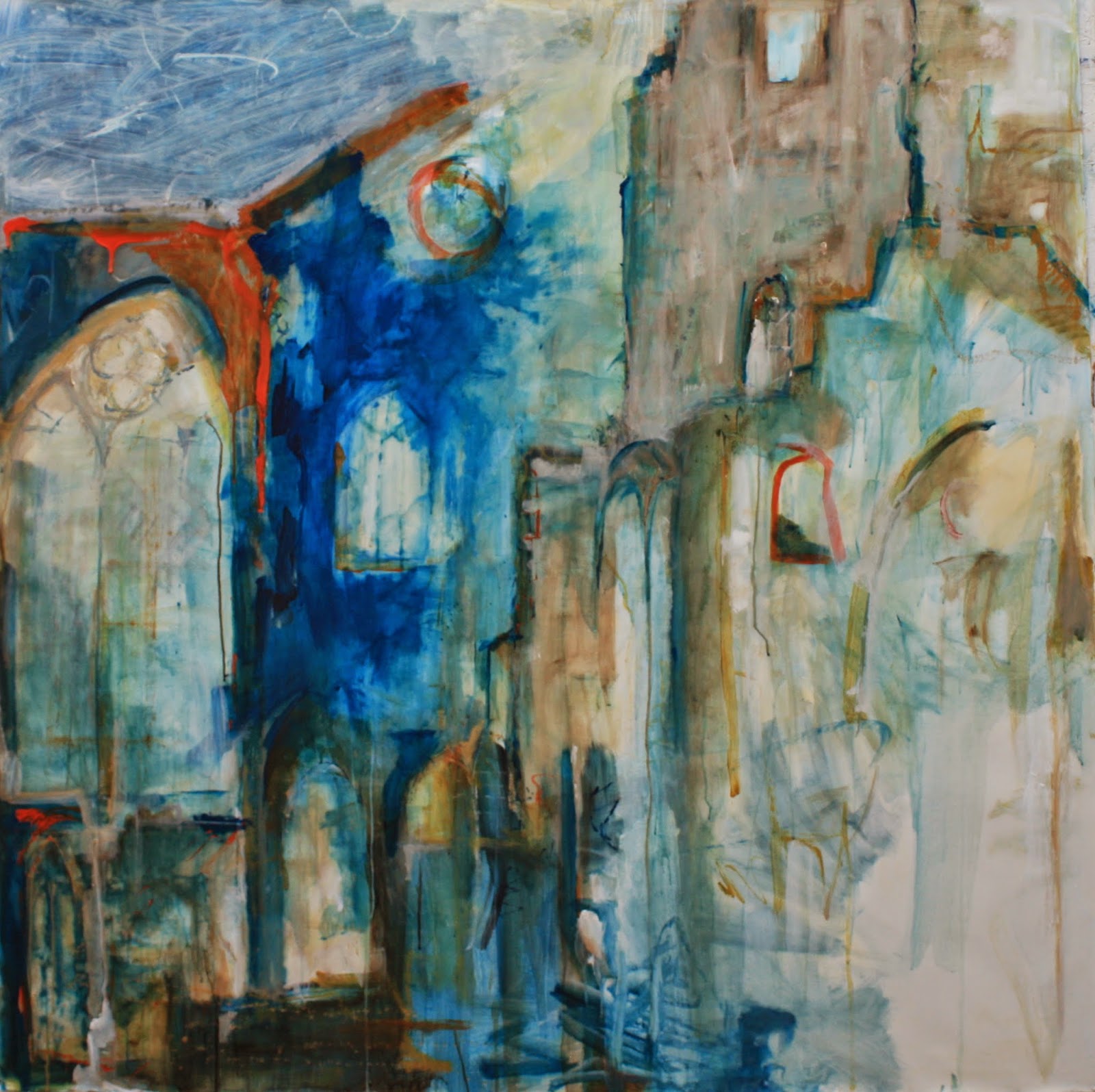 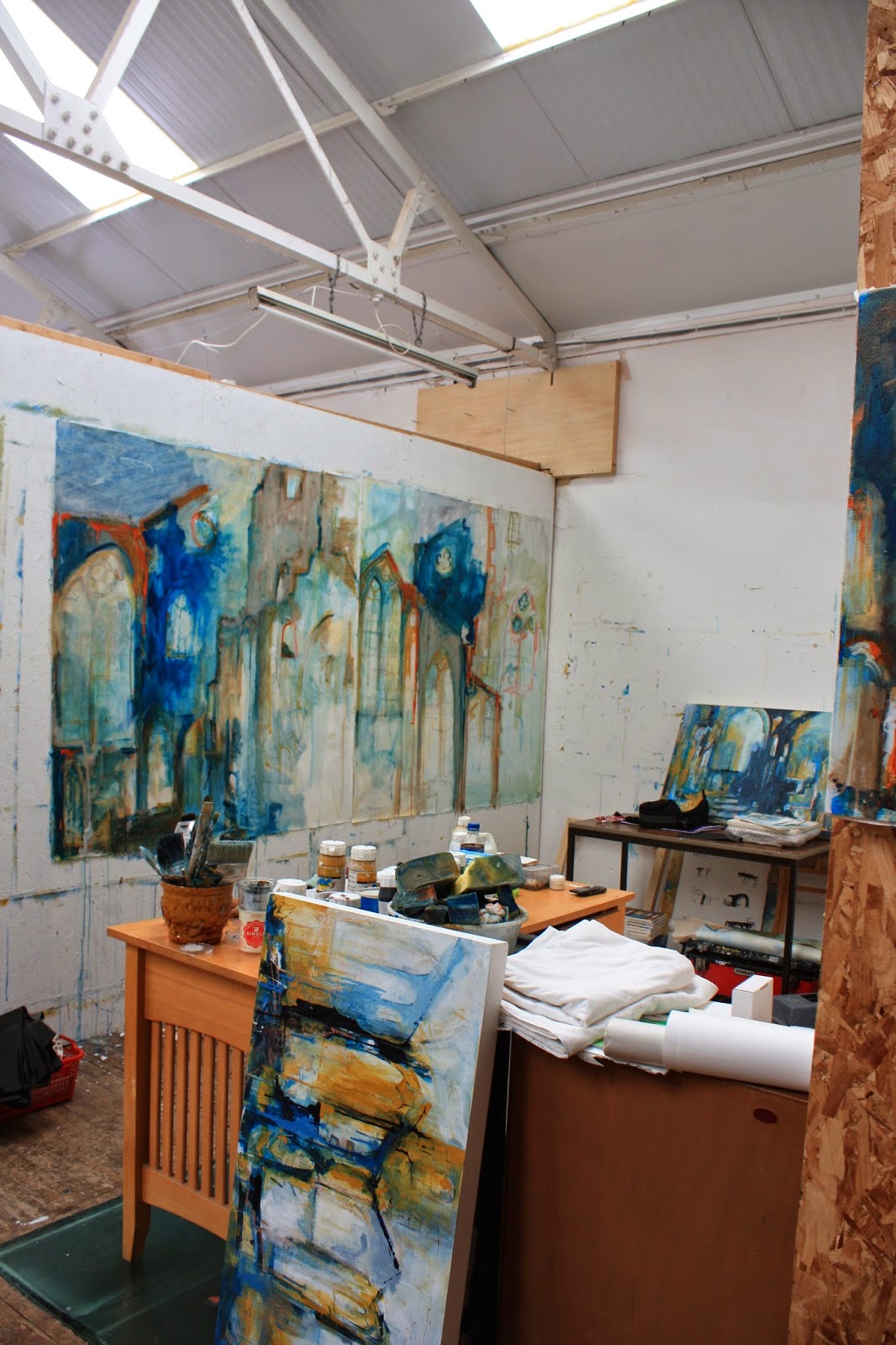 My studio at 44AD 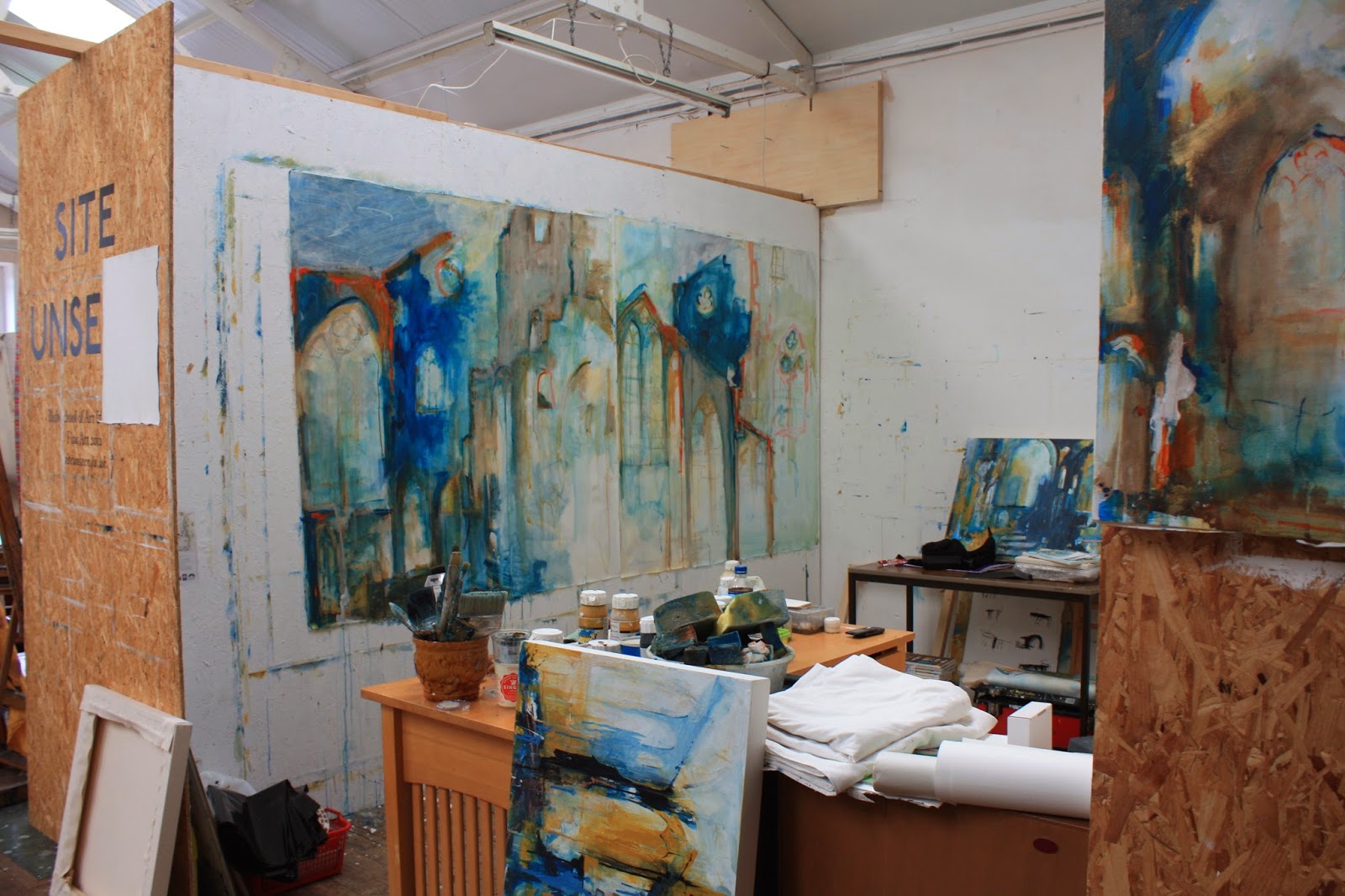 This shows the two paints in situ where they were painted 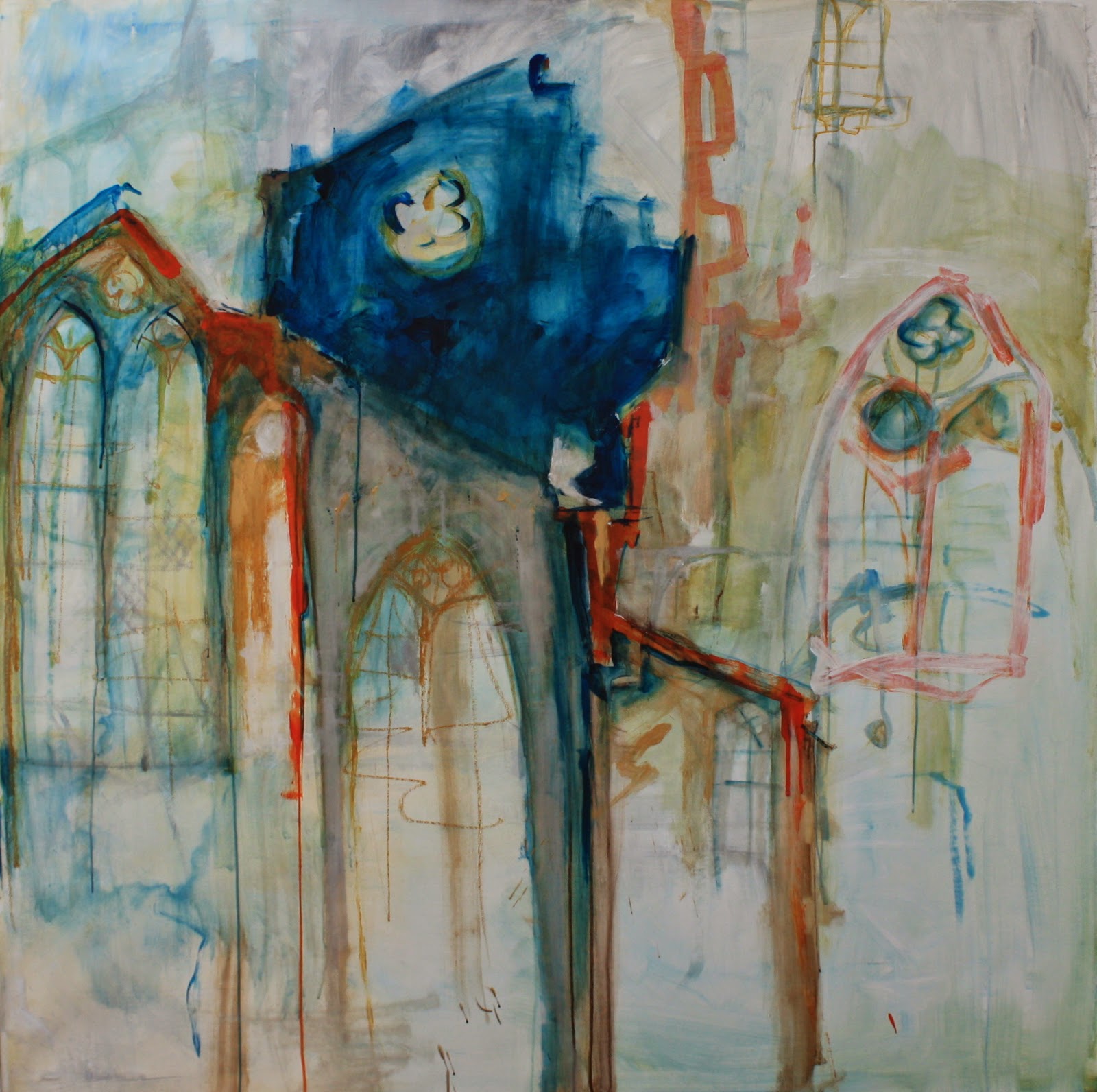